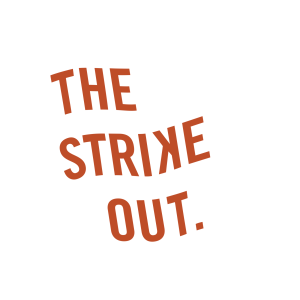 Since 2004, Major League Baseball celebrates Jackie Robinson Day on April 15, in memory of the day on 1947, when Jackie Robinson, an African-American player, was the first to beat segregation and break the Color Line, which banned black players to participate in Major League and Minor League Baseball since 1880 . A historic day that marked the American nation forever. To capture the symbolism of Jackie Robinson Day in US history and baseball, we offer an interview with an African American baseball specialist, Bob Kendrick, president of the Negro Leagues Baseball Museum in Kansas City.

On April 15, America will celebrate Jackie Robinson Day. What does this date represent for the country and the American sport in particular ?

Jackie Robinson’s breaking of Major League Baseball’s color-barrier wasn’t just a part of the Civil Rights Movement; it was the beginning of the Civil Rights Movement. His courageous walk on the field as a member of the Brooklyn Dodgers helped advance America socially in ways that few could have ever fathomed. Few, however, are aware that Jackie’s professional baseball career began in Kansas City, Missouri with the great Kansas City Monarchs of the Negro Leagues.

In France, Jackie Robinson is often presented as the first Afro-American in MLB, which is inaccurate. Who were the first black players in the Major League ?

How has segregation in organized baseball happened ?

Amazingly, there was no written doctrine banning Blacks from baseball, just a « gentlemen’s agreement » that essentially said if you allow a Black to play with you, you can’t play with us. Led by White star players like Adrian « Cap » Anson, that sentiment would ultimately ban American born Black and dark-skinned Hispanic ballplayers from playing in the Major Leagues for some six decades until Jackie Robinson broke the color barrier.

How did Afro-Americans organize themselves after their exclusion from organized baseball ?

In 1920, Andrew « Rube » Foster led a contingent of eight independent Black Baseball team owners in a meeting held at the Paseo YMCA in Kansas City, MO. Out of that meeting came the birth of the Negro National League, the first, successful, organized Black Baseball league. The Negro Leagues would then go on to operate for 40 years (1920-60).

How to define the baseball played within the Negro Leagues ?

During that era, Major League Baseball was essentially a base-to-base game. A guy would get on first, the next guy would move him over and then the big hitters would come up to drive him in. Negro Leagues play was fast, daring and aggressive. They’d bunt their way on first; steal second; steal third and if you weren’t paying total attention, they’d steal home. It was a much more exciting brand of baseball and it was that signature style that attracted both Black and White fans who often sat together watching what some would say was the best baseball being played. Certainly, the most exciting brand of baseball.

What were the relations between the Negro Leagues and the other minorities excluded or marginalized by the Major Leagues ?

The Negro Leagues provided a playing field for both Black and Hispanic baseball players to showcase their world class baseball talent. In the United States, dark skinned Spanish-speaking athletes were denied an opportunity to play in the Major Leagues and would find sanctuary playing in the Negro Leagues. So, when Jackie Robinson breaks the color barrier, he did it for every player of color who enjoys this great game.

Negro League players were oftentimes the first Americans to play in many Spanish-speaking countries. They were treated like heroes. They stayed in the finest hotels and ate in the best restaurants those countries had to offer. They would then come back to the United States and were treated like second class citizens. As a result, many Negro Leaguers would call those Spanish-speaking countries home because in those countries they weren’t Black baseball players…they were just baseball players.

Another « minority » of baseball experienced its heyday in the Negro Leagues: women. Three of them played. Who were they ?

There were three women to play in the Negro Leagues: Toni Stone, Mamie « Peanut » Johnson and Connie Morgan. They were pioneers, women who played with and against the men in the Negro Leagues. Stone was the first to play. Mamie « Peanut » Johnson is the only survivor of the three women. There was also a female owner in the Negro Leagues in Effa Manley. Mrs. Manley and her husband, Abe, owned the Newark Eagles but it was Mrs. Manley who ran the day-to-day operation of the team. She knew the business of baseball as well as any man. She became the first woman to be nominated and inducted into the National Baseball Hall of Fame in 2006.

Jackie Robinson had to face a big opposition to his arrival in the MLB. How did this happen to the other African-American players who followed him? What was the impact on the Negro Leagues ?

Jackie’s breaking of Major League Baseball’s color barrier opened the door for other young Black stars, many who transitioned from the Negro Leagues, to move into the Major Leagues. That influx of talent leaving the Negro Leagues would ultimate but the league out of business.

Despite the end of the Color Line within the MLB, legal segregation continued for almost two decades after the arrival of Jackie Robinson to the Dodgers. What positions have players and clubs adopted in this situation ?

The challenge facing Jackie was great. And, although baseball had opened its door, the country was still segregated. There were still places where Jackie couldn’t eat with his teammates; couldn’t stay in the same hotel but was expected to walk on the field and compete at a level equal or that exceeded his teammates in order to be accepted. In addition, Jackie wasn’t just playing for himself, he was literally carrying some 21 million African-Americans on his broad shoulders. Had he failed an entire race of people would have failed.

Racial issues are still very strong in the United States and NFL or NBA players have spoken publicly about police violence during the Black Lives Matter movement. On the other hand, MLB players have been more discreet, including black players. How to explain it ?

I think the declining number of American-born Black players in Major League Baseball has led to a reluctance to speak out on social issues. Whereas in the NFL and NBA, the majority of the workforce is Black which provides a bigger platform.

In Europe, soccer must regularly face racist acts in stadiums. The MLB seems little affected by acts of racism within it. Is it reality or is the problem hidden, invisible ?

It is extremely rare that players of color experience open and blatant racial insults.

Finally, what did the Negro Leagues bequeathed to baseball ?

The Negro Leagues featured some of the greatest talent to ever play the sport. They built the bridge that allowed remarkably talented Black athletes like Jackie Robinson, Larry Doby, Satchel Paige, Willie Mays, Hank Aaron, Ernie Banks and Roy Campanella to cross over into the Major Leagues.